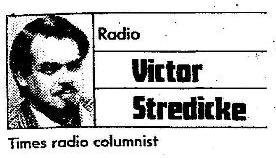 [EDITED] K-PLUS has reverted to KPLZ and will soon be known as “Z-101.5”. No changes to format, staff or ownership, just a re-thinking of the goal. Last week’s resignation by Jeff King heralds a change in focus for the station. KPLZ intends to grow from a teen-focused station, to attract the 18-35 demographic, and keep the teens as well. Guiding KPLZ is Casey Keating, under the direct tutelage of Shannon Sweatte, vice president and general manager. Also recently removed from KPLZ, screaming nighttime dj Ron Harris. Former PD/morning man, Jeff King fumed as KPLZ began to steer middle of the road when he stepped down as PD and Keating took the wheel. The KPLZ music playlist has been adjusted, adding recurrents and refining the oldies. Keating is stressing consistency at KPLZ, while at the same time, more tunes will be dayparted, uptempo tunes in the morning, ballads in the midday period and spirited teen songs in afternoon drive times. Disc jockeys will be asked to let the station be the star, says Keating. (*note: STAR – a foretelling of what was to come)…The first half hour in a series of six weekly programs focused on bluegrass music will be heard at 10:30 p.m. Sunday on KMPS AM & FM. The programs are from recordings made by Ed Dunaway and Jim Williams at the Darrington Bluegrass Festival… The Sumner radio station, under ownership of the J3 Company, changed its name to KFRS, the FAMILY RADIO STATION, at 1560 kHz. The station signed on early this year as KARP. The new company has as its principal investor J.J. Jackson, who also holds down the afternoon shift. The format relies heavily on religious music and programming…91.7 FM KTOY changes call letters this month. The Puget Sound’s first educational FM station has had the KTOY call letters since 1947, but now changes to KTPS FM, marking its relationship with the Tacoma Public School’s TV station, KTPS channel 62…Steven Shepard, short-time PD at KQKT is gone, as is his alter-ego, air personality, Steve Brodie. Shepard resigned last week, but hopes to stay in the area…KQKT has shuffled staff, including Shawn Stevens moving to afternoons, while the station searches for a new PD and nighttime personality…KFRE didn’t air its announced “History of Rock & Roll” special because market exclusivity rights are held by KVI. Instead, KRFE aired a countdown program from Drake-Chenault…KEZX offers a stereo simulcast of the 1979 movie “No Nukes Concert” at 4 p.m. Sunday.

The Devil Is In The Detail

KING AM affiliates with NBC Radio; Radio, again, Does the Puyallup

The summer ratings include few surprises

Tuning in on the latest ratings

Former radio columnist for the Seattle Times. --- View other articles by Victor Stredicke
Please review our COMMENT GUIDELINES before posting a comment.