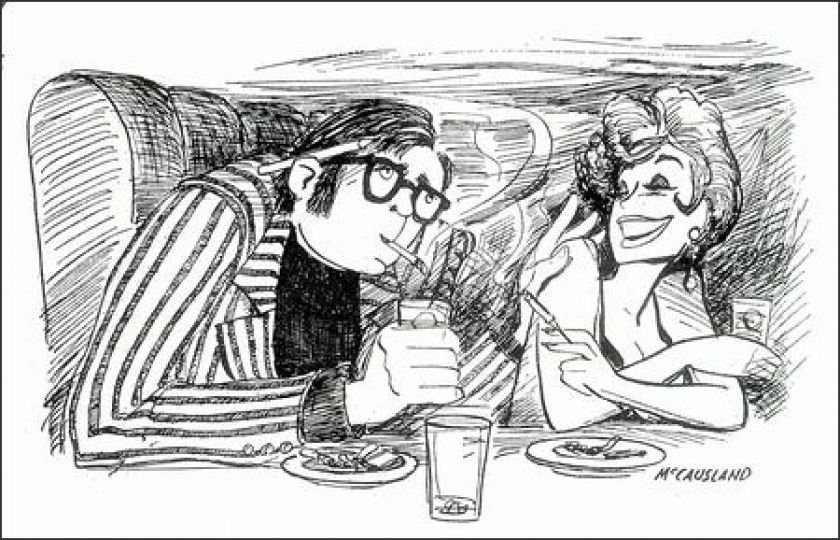 He was a flamboyant but sometimes haphazard man of multiple careers. Those who knew J. Michael Kenyon in his writing and broadcasting days will tell you his unconventionality was what set him apart from his contemporaries. I knew and worked with JMK before he was JMK. The man was highly talented and ultra passionate for sports, about which he was a trivia fanatic. But he could be (and often was) a walking headache for his newspaper editors and radio producers. He wanted to do things his own way, via creative devices that allowed his oft-times nonsensical view of sports. Although known to many as radio talk show host and sports columnist J. Michael Kenyon, he was born and active as a print journalist named Mike Glover. Not long after leaving Seattle’s Roosevelt High, Glover was in Yakima in the mid-1960s working as a sports writer for the Yakima Herald-Republic. I worked alongside him, for sports editor Paul George, while I was a community college student. Transferring to the Univ. of Wash. in early ’66, I took a similar part-time job at the Seattle Post-Intelligencer sports department where I again worked briefly with Mike Glover, his first of four stints under the P-I globe by 1980. Glover quickly worked his way into the beat reporter slot covering the new Seattle Supersonics in late ’67. But in ’69, while covering the team in Baltimore, Glover’s life changed. As the story goes, he fell under the spell of a cocktail lounge acquaintance (at a place called the Bear’s Den Bar), agreed to quit his P-I job, change his name and marry her. P-I sketch artist Bob McCausland captured Glover’s fateful bar encounter and the ‘paper added a caption calling Glover the P-I’s rookie Sonics reporter. He married the woman (his first of five marriages), changed his name and took a job at the Baltimore Evening Sun. But he was soon back to Puget Sound and returned to the P-I whereby ’77 he was beat writer for the Seattle Mariners. It was in 1980 that J. Michael Kenyon moved over to broadcasting, becoming one of Seattle’s first sports radio talk show hosts at KVI.
Here are some audio samples of Kenyon’s “Legends of Sports” show from the early ’80s, including a Mutual Network news break, KVI ID and a George C. Scott sound-alike promo. Then you’ll hear Kenyon’s undisciplined style frustrating co-host Keith Shipman during a KCPQ-TV “College Football Saturday Night” show in October, ’87. Running time about 2:48
(Some audio from Shanaman Sports Museum of Tacoma.) 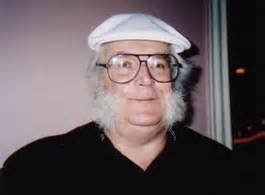 Kenyon’s string of sports commentary/on-air stints included KVI, KAYO, KING, KJR, KYYX, KCPQ-TV, KTZZ-TV and finally KLAY, his last gig in ’90-’92. His newspapering tracks can be found mostly at the P-I and Tacoma News Tribune. He’d also been a TV columnist, desk editor and, when in California, even a managing editor, among the several employments that saw him hired then fired over the years. (He’d also quit several broadcast jobs — while on the air.) He’s been a boxer and a combination promoter/pitchman/author for professional soccer, poker tournaments, drag racing, unlimited hydroplane racing, and pro wrestling — the last of which he’s considered a leading archivist and historian. It’s believed he wrapped up his career in New York when one of the new sports websites was going online. At this writing, he’s retired and living in Port Orford, Oregon.
There aren’t many in the Pacific Northwest who emblazoned a signature style quite the way of Mike Glover/J. Michael Kenyon. (JMK passed away in May of 2017.)

Pat O’Day – How he Got His On-air Name

KAYO Closing In On Seattle Championship

Highlights of Last 2 Hours of KOL

Ron DeHart is a former newspaper and broadcast journalist and a retired Public Affairs Officer from both the U.S. Forest Service and the U.S. Navy/Naval Reserve. His historical accounts of Pacific Northwest broadcasting are published by Puget Sound Media. View more articles by Ron DeHart
Please review our COMMENT GUIDELINES before posting a comment.