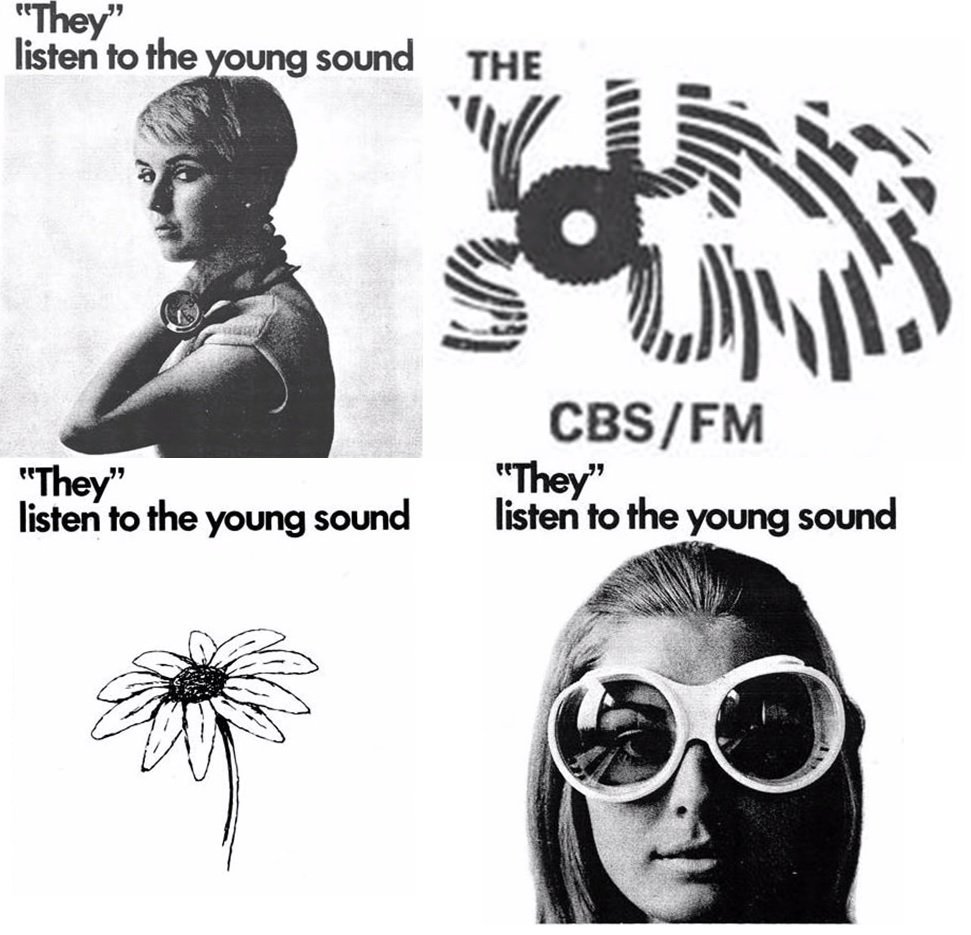 Tony Hatch, English composer, arranger and conductor, wrote a tune called “Music”. The CBS syndicated Young Sound used it every hour to fill to the top of the hour. Petula Clark recorded a vocal version. Tony produced many artists, including Petula Clark and Benny Hill. Here is Tony’s recording of “Music”.


The Brakeman Bill Theme Song
I thought it would be nice to accompany the Brakeman Bill McLain story with his theme song. I met Bill at a gathering honoring J.P. Patches at the unveiling of the J.P Patches and Getrude statue in the Fremont district. I had to a chance to meet and visit with Bill and one of the things I asked was what was the name of his theme song. It was a French Movie sountrack.He said he had the album and would like it on CD. I suggested he mail the LP to me and I would do the transfer. He did and I transferred the whole LP. He told me that he and Warren Reed, The Crazy Donkey, decided on the theme. It was about 30 seconds into the track. I am attaching the Brakeman Bill Theme. By the way, Bill enjoyed doing water color art and he sent me a Thank You card of a seascape that he personally painted and signed. I have it framed. He was quite a pleasant gentleman. A real pleasure meeting him. – Mr. Music Man, Duane Smart 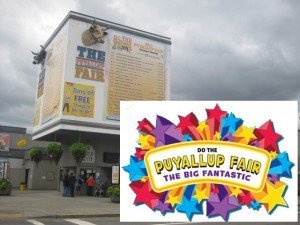 From the mid 70’s here is “Do The Puyallup”. I can’t recall my source, but it ends a bit abruptly. Just a fun jingle and the videos were fun, too. Mr. Music Man, Duane Smart 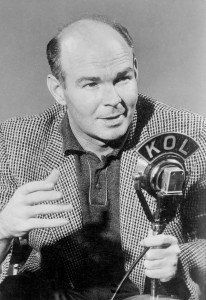 This Washington Builders spot is from a September 5, 1962 Ray Hutchinson aircheck (00:48).
Ray Hutchinson was more of a newsman than a DJ. Unfortunately, he upcuts the beginning of the spot. But, is still brings back memories. Mr. Music Man, Duane Smart

KING RADIO JINGLE (00:56)
I have never heard this King Radio jingle and I do not know when it was used. Perhaps, some of you subscribers may have clue. – Mr. Music Man, Duane Smart

**** Winner winner – chicken dinner!!! I knew right off the bat. This was used during the KING 1100 Music Radio era, China Smith, Jim Martin, Dan Foley…
jason –We have no contest rules here.


These KETO-FM jingles (2:40) were shared from a broadcast friend. I would think they date back to the early mid 70’s, but I really don’t know. Mr. Music Man, Duane Smart

Here are 3 Hit Parade ’69 jingles, produced by Drake-Chenault, as heard on KIRO-FM. Bill Drake does the voice over and they are in stereo. – Duane Smart


Okay, here’s one… who’s the announcer on this spot for Fleet Tire Center (1:13). As a double bonus, what is the probable station and when did the spot probably air ? — Ron DeHart: That was waaaay too easy. Yes, Ted Bell, on KAYO from ’60 or ’61. Ted was a radio pioneer in Seattle in the ’40s with old KRSC and others before helping KAYO become a big player in its rock and roll days in late ’50s early ’60s.


From 40+ years ago, these are some of the first jingles KGY ever used. KGY began at St. Martin’s College in the 1920’s and was purchased by Tom Olsen. It remained in the Olsen family for decades. I believe now the current owner is Sacred Heart Radio.
Running time is about 13 minutes. Mr. Music Man, Duane Smart

I first heard “Stop The Cavalry” by the Cory Band (with the Gwalia Singers) in 1981 on Larry Nelson’s show. He used to play it a lot and sometimes even on a hot summer day. The song really is not a Christmas song, but anti-war. But, in the lyrics a soldier is singing “wish I was at home for Christmas”. The song became very popular in the Pacific NW. I am not sure how Larry got his copy, I think from a friend who heard it in London. I loved the recording and over the years there may have been as many as 20 stations that played the song. Most stations getting a dub from someone at another station.

I really wanted a copy, but it turns out it was as rare as hen’s teeth. I did a bunch of research and found the company that owned the copyright. As a matter of fact, the same company issued the song a year earlier by the actual composer, Jona Lewie (John Lewis). The following year Jona (apparently) wanted the Cory Band to record it. They were an award winning brass band from Wales.

I was able to contact “Stiff Records” the owner of the copyright and asked about licensing the recording in 1997. They agreed. Two days later, I received a phone call from them informing me they could not find the session tape. Ultimately, it had been bulk erased and the tape was used to record a punk band, which Stiff Records was noted for. They told me I would have to find a vinyl copy to transfer and use as a master. I had a Seattle contact who happened to know of someone owning a copy and they graciously agreed to loan me the disc to do a transfer to DAT. The disc was not mint, but still usable. I had some primitive restoration done on it to improve the quality and had 1,000 copies pressed. They sold out in three weeks. Eventually, on Ebay I located two mint copies and chose the best of the two to transfer to cd this time and another company did a superb job of making a digital master. I sold 13,000 copies in the NW until I retired two years ago from having more pressed. Now, for your Christmas enjoyment, here is Stop The Cavalry.–Mr. Music Man, Duane Smart


Stop The Cavalry- The Cory Band with the Gwalia Singers (2:58)